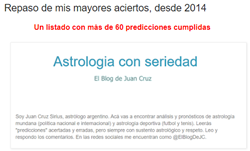 Here is the translation of "google translator":Based on events in his life, and especially his professional career, I tried to arrive at a probable time of birth and I came to the conclusion of what his possible birth chart would be. Of course, this must be taken with a grain of salt because it is a hypothesis, but I prefer to work with this schedule rather than any other.

Juan Martin Del Potro began a solar revolution in September 2019 (an annual letter that covers approximately from birthday to birthday) that is unfortunately terrible.

A planet of utmost importance in his radix with respect to his profession is Mercury because he governs the MC. In this annual letter he was part of a very negative configuration since he participates in a square T with the two malefics (Saturn and Mars) announcing a very difficult period, with many obstacles and imponderables. The Saturn / Mars square is one of the most negative aspects for athletes since it indicates physical problems, injuries, unforeseen events and also of course makes any sporting achievement difficult. The opposition of Uranus to natal Pluto is another indication of a year where it will have to face categorical unforeseen events. Let us remember that towards the middle of 2019 he was injured again, and from that moment, despite the operations and treatments, he cannot resolve that injury that makes it impossible for him to play.

If we see the converse solar revolution, we observe how Pluto would make a very strong opposition to the eventual radical Moon. This aspect is very difficult emotionally since it generates disturbing states of mind, which tear us apart and make us see life in a fatalistic way: most likely you are seriously analyzing retirement, and it is a possibility that may occur. That Pluto / Moon aspect could cause problems in his family or home. Look how again the planet Mercury is "hurt" by Mars, this time the natal Mars again indicating that his professional goals, his actions, were going to encounter adversity, injuries, unforeseen events. It is positive that Mercury forms a trigone with Jupiter and a sextile with Uranus, giving some hope of a possible recovery.

If Delpo were my consultant, I would advise him to remain tenacious in that fight, to endure, to resist these hard times, because from the second half of 2021 there could be room for a recovery from good transits that his birth chart will start to receive. Of course, this would be said if the medical profession still gives you a chance for the treatment to work.

Why? Pluto in converted transit is already moving away from its natal Moon and will advance through Leo (from the end of the sign) forming good aspects with its eventual ascendant and its natal Uranus / Saturn / Mercury. This is a transit that can give you a lot of resistance and stubbornness, and that if it is also in sports competition could be a grantor of good tennis results. I think about this because at the same time, by mid-2021, Neptune converted from Libra will get on top of its Mercury activating good sexiltes with ASC / Uranus / Saturn. In addition, Jupiter (convert) will transit through Leo, that is, it will form a harmonious kite head with Mercury and with ASC / Uranus / Saturn.

It is true that it is not good for Pluto in the sky from Capricorn to square radical Mercury. This transit can complicate things for him, but I think that in any case, despite the difficulties, he could compete with dignity. The negative aspect of Pluto would be strongest towards February and July.

I consider that its best moment in 2021 would be towards August, September and October because it will be in those two months where several positive transits occur at the same time: as we said Pluto and Jupiter (converts) will join in the 28th / 27th of Leo together with Neptune from the 27th of Libra they will form an excellent configuration with their natal planets. In addition, Jupiter of the sky transiting at the end of Aquarius will make a trigone with radical Mercury while the North Node will pass through its radical Jupiter, ruler of its possible Sagittarius ascendant.

But its aspects still seem better to me for 2022, because the SR that begins in September I see much more encouraging than the previous one: Mercury again has a square with a malefic (Pluto) but is fed by a solar Jupiter trigone that at the same time it makes a trigone to the radical Mercury. In addition, Mars annually forms a great trigone with solar Saturn, with natal Jupiter and the solar NN, which could give it a lot of tenacity, consistency and the possibility of obtaining achievements despite difficulties or crises.

The RS talks for the same period (from the last quarter of 2021 to the last quarter of 2022) is the one that gives me the most hope and it would make me recommend to Delpo to stay in the fight, to try until the end because this letter could give him good tennis performance with the possibility of fighting for big titles and even with the possibility of raising a cup. I think this because a beautiful kite head made up of Pluto / Neptune / Mercury (annual) and Mercury / Saturn / Uranus / ASC (natal) is formed in the RS.

If we sharpen the tip of the pencil and look for which would be the best astrological moments of 2022, I would mention April, May, June, July, August and September. Because that is where good direct and converted transits converge at the same time.

If the time of birth that I deduced were correct or approximate, July, August and September are three months where it would also have the secondary progression of the Moon on its first progressed Jupiter and natal Jupiter later which would be an excellent testimony. Let's think that for those dates is where Wimbledon and the cement tour are played with the US Open as the maximum exponent, so Delpo could have a very good opportunity there. In addition, it would be months where Jupiter in Aries is positioned on its natal Mars, another great transit that can augur sports success.

Does this mean that Delpo will not retire? Not necessarily. What it shows is that your astrological outlook begins to improve from the middle of 2021, having an excellent perspective for 2022 for all the professional actions you undertake at that time. Here, what I always say about "astrologers are not seers" applies to perfection. We can guess exactly what is going to happen, if not we analyze climates, atmospheres, detect good and bad moments, etc.

In this case, I conclude that whatever you do, whatever you do, it will most likely go well for you starting in the last half of 2021 and especially during 2022; Despite some crises that it could have due to the Pluto / Mercury square, which although it is strong, I consider it "manageable" within a favorable astrological context such as the one that, I insist, Juan Martin begins to be seen from July from 2021.

Hopefully the doctors can respond to his injuries so that Delpo can compete again, because if he does, the Argentine will have a very good chance of having a good end to the 2021 season and a very good 2022 season. 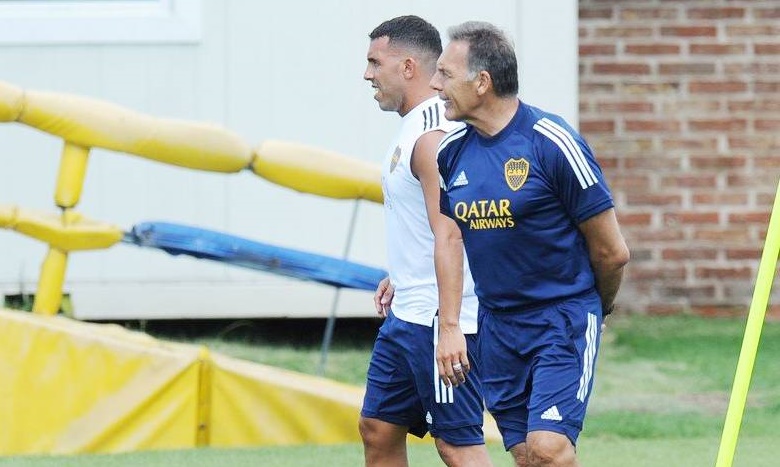 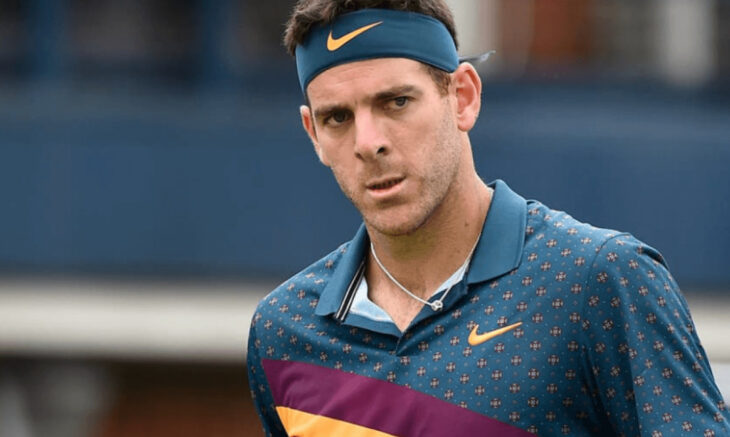 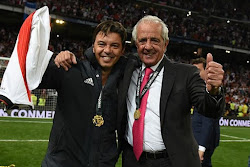 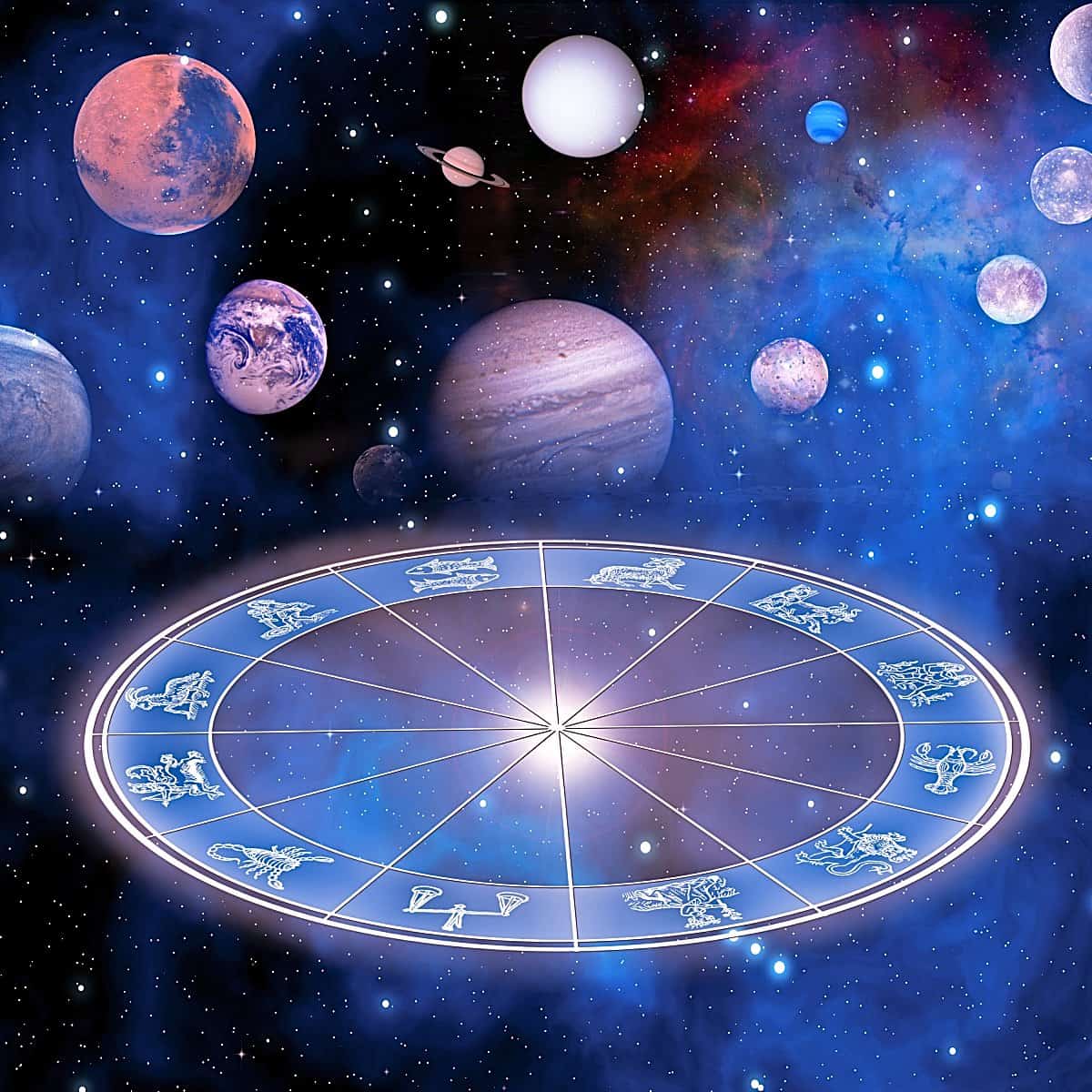 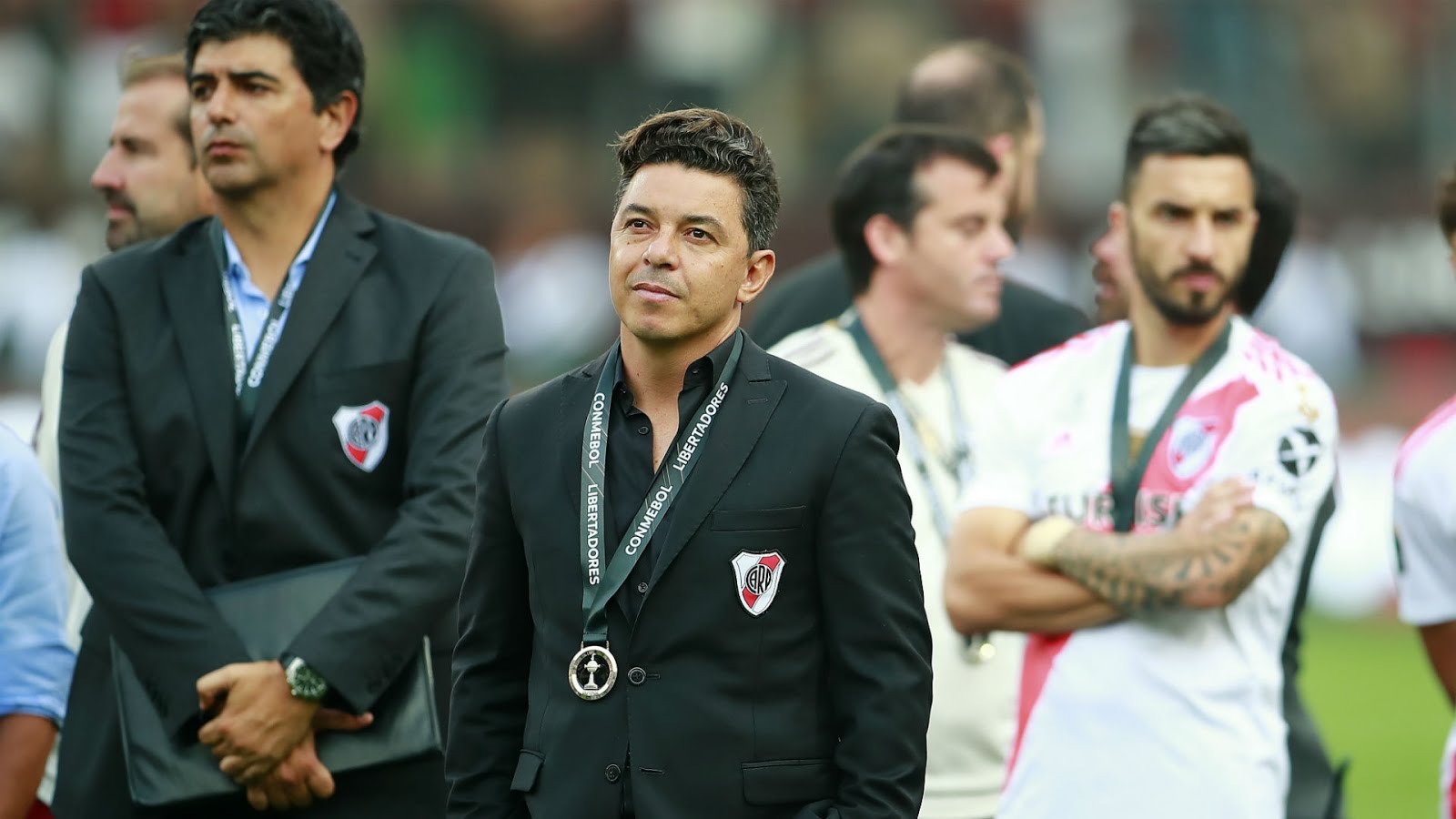 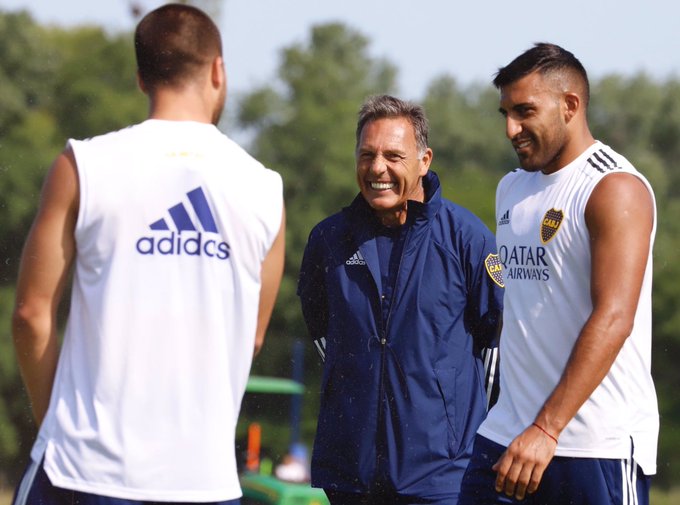 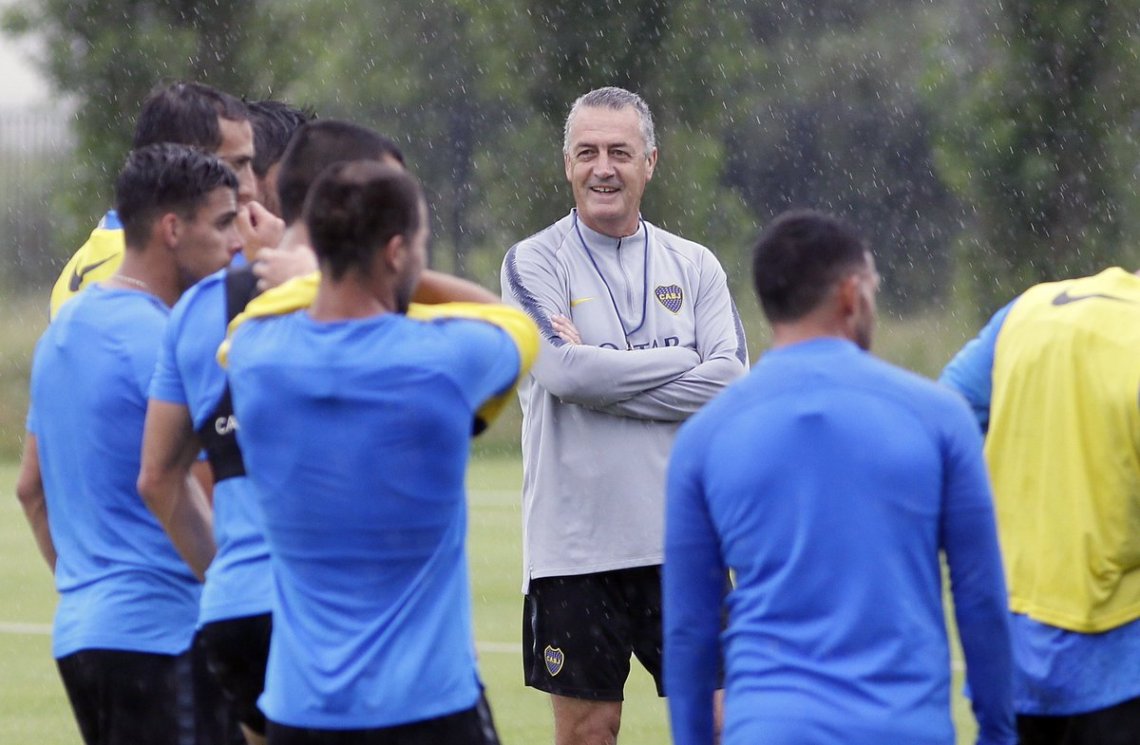 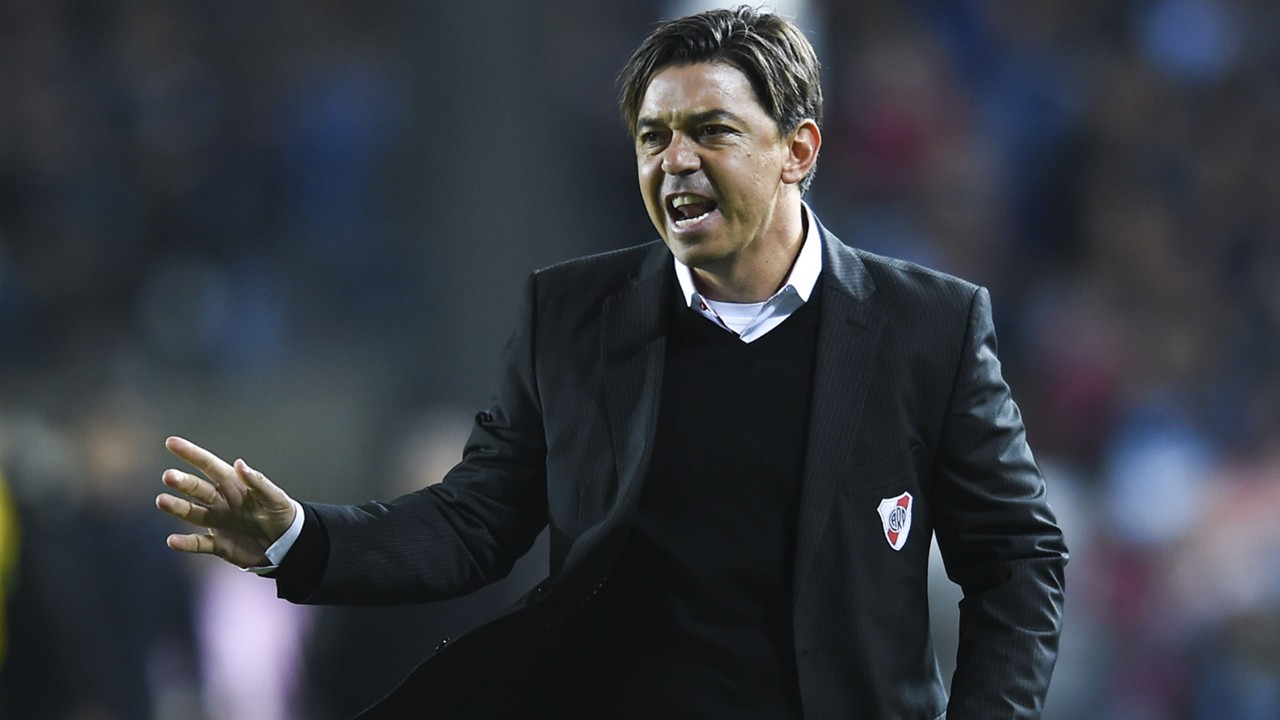 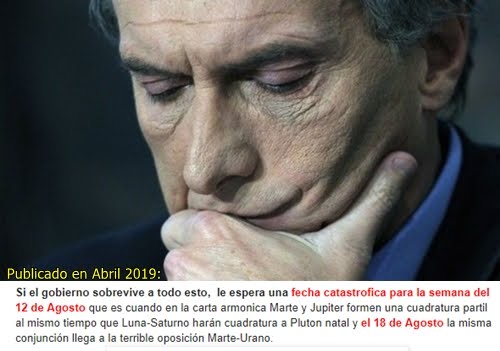 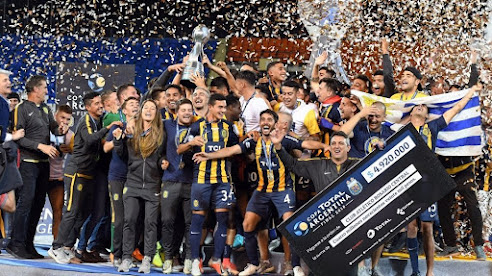 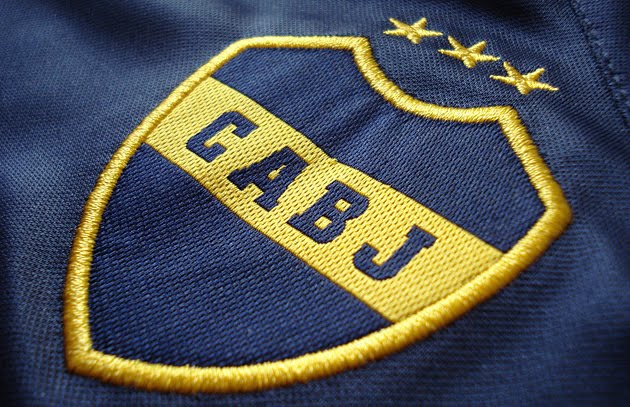 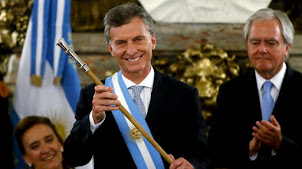